Welcome to the Home of

St John’s Catholic Church is a parish within the Archdiocese of Cape
Town. The parish is in the City Bowl Deanery and is bordered by the
parishes of Factreton to the east, Pinelands to the south, Milnerton to the north, and Woodstock to the west.

Times for Masses, Confessions and Benediction: The parish pastoral council has the following purposes:

From the Statutes for Parish Pastoral Councils July 2019 of the Archdiocese of Cape Town.

The current parish pastoral council, elected in August 2019 to serve for three years, is as follows:

Parishioners are invited to financially support the parish through Sunday collections or through the Planned Giving programme. Pledges through the Planned Giving programme assist with budgeting and making long-term plans for financial stability. Additionally,  projects that need to be completed are considered, as well as the running of the parish on a day-to-day basis.

Those who wish to be part of the Planned Giving programme are asked to email or telephone the parish secretary.

Each child shall be cherished and affirmed as a gift from God with an inherent right to dignity of life and bodily integrity which shall be respected, nurtured and protected by all. St John’s Catholic Church, as a parish within the Archdiocese of Cape Town, is fully committed to the implementation of the Child Safeguarding Policy of the Archdiocese.

More information on this policy can be found here 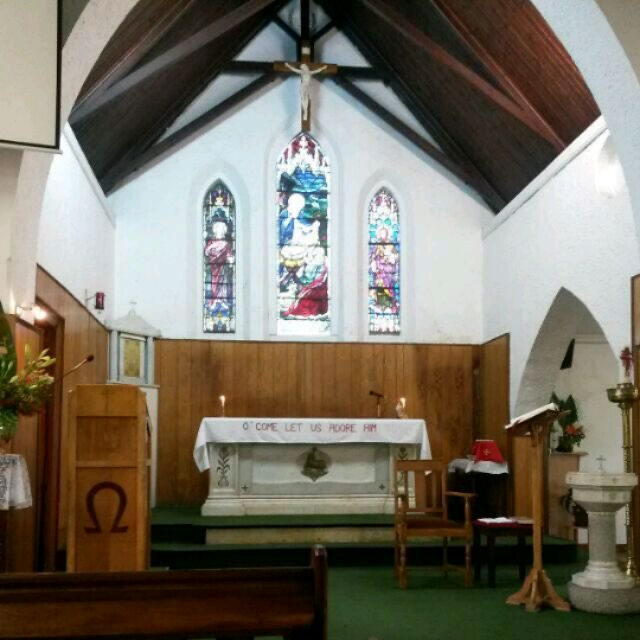 The present parish church building goes back to 1923, but the earlier history leading up to the building of our church reaches back, as far as our records show, to 1906. In that year, Fr Leeson, who was attached to the Cathedral, was appointed visiting priest to this area. He attended to the area on horseback and offered Mass on the Thursday before each first Friday in the Alexandra Home.

In 1911, Bishop Rooney bought a house and the large piece of ground, called Miramonte, that went with it, from Captain Parow. This house was used as a home for the Holy Cross Sisters, and the largest room was prepared as a chapel for the Sisters and as a church for the parishioners on Sundays until 1916, with Fr. Nolan as visiting priest.

In 1916, Fr Luke O'Reilly was appointed Priest-in charge of Maitland. He bought a tin shanty which he subdivided, using half as a Church and half as a “presbytery” and from this humble abode, he looked after Parow, Bellville and Pinelands, also visiting these areas on horseback.

As could be expected, the tin shanty became far too small to accommodate the growing number of parishioners and Fr O’Reilly, without any hope of “outside” money, started to build the present church. Apparently building was done on a ‘start and stop’ enterprise - have money, will build; no money, no building: all the funds coming from the generosity of the members of the parish. The tin shanty became the first non-European school for Catholic children - not, of course, recognised by the Cape Education Department, and Sr Hilary of Holy Cross Congregation was the one and only teacher.

Expansion was the name of the game and when the shanty became too small to house all the children, in 1926 the hall was built to serve as a parochial centre and also as a school. Apparently, it was not long before this school was recognised by the Department.

And then the church proved to be too small, owing to Fr Luke's strenuous apostolic efforts, and a wing was added to the church in 1929. This was used as a church on Sundays and a school during the week. It served its purpose until 1938 when Bishop Hennemann built five classrooms and which necessitated the appointment of new teachers.

Towards the end of 1939, Fr Burke was sent to help Fr O’Reilly whose health was beginning to fail. Fr O’Reilly was in and out of hospital until he died in 1942, and Fr Burke became priest-in-charge. Fr Burke purchased the old presbytery in Coronation Road, diagonally opposite the church. Fr Burke was replaced by Fr Stubbs with Fr Power as an assistant.

The altar was consecrated on 27th February 1945 by Bishop Hennemann, who was Vicar Apostolic of Cape Town. The relics in the altar stone are of the martyrs, SS Vincent and Auretia.

Not long after, also in 1945, Fr Power was transferred to Woodstock. Fr Stubbs carried on at Maitland until 1948, when he was moved to replace Fr McCann as editor of the Southern Cross.

In 1948 Fr McManus became priest-in-charge of Maitland, which at this time included Brooklyn, Rugby and Milnerton. Two years later, in 1950, these other areas were entrusted to Fr Butler.

It is unfortunate that our records stop at 1951 with the entry that Archbishop McCann purchased a large plot of ground in 8th Avenue with a view to building a church and a school...

From 1986, on various 'additions' were made to the parish property. A much needed toilet was built next to the sacristy; concrete floors were laid in the hall and the present working-sacristy; a new porch was built; and the whole property was enclosed by a face-brick wall. Fr Cedric Myerscough SJ reported that all these works were made possible by the generous help of all the Maitland parishioners and the many cake-sales and fund-raising events which they organised to raise funds.

On 1 February 1997 Fr Billy D’Arcy was appointed as Parish Priest of the Parishes of St John’s, Maitland and St Luke’s, Factreton. Fr D’Arcy faithfully and with total selfless dedication served in this capacity until he finally retired (due to increasing health issues) from active priestly ministry at the end of January 2007 (he turned 78 on 24 November 2006). Fr Darcy died very unexpectedly in his accommodation at Nazareth House on the night between Friday 16th and Saturday 17th November 2007 – exactly one week before his 79th Birthday.

Fr Mark Foster served as parish priest from February 2007 to the end of 2013. In Fr Foster’s time, the old presbytery was sold, and a new presbytery built on the parish church grounds. Fr Telford Bray was parish priest in 2014. Fr Zane Godwin was appointed to the parish in December of 2014.

Since 2015 the interior of the church, with special emphasis on the sanctuary, has been renovated, the church roof replaced, and the hall renovated and a re-roofed.

On 13 December 2018, in a special prayer, the crucifix in the side chapel of the parish church was dedicated in memory of the presence and service of the Holy Cross Sisters in the parish for more than 100 years. 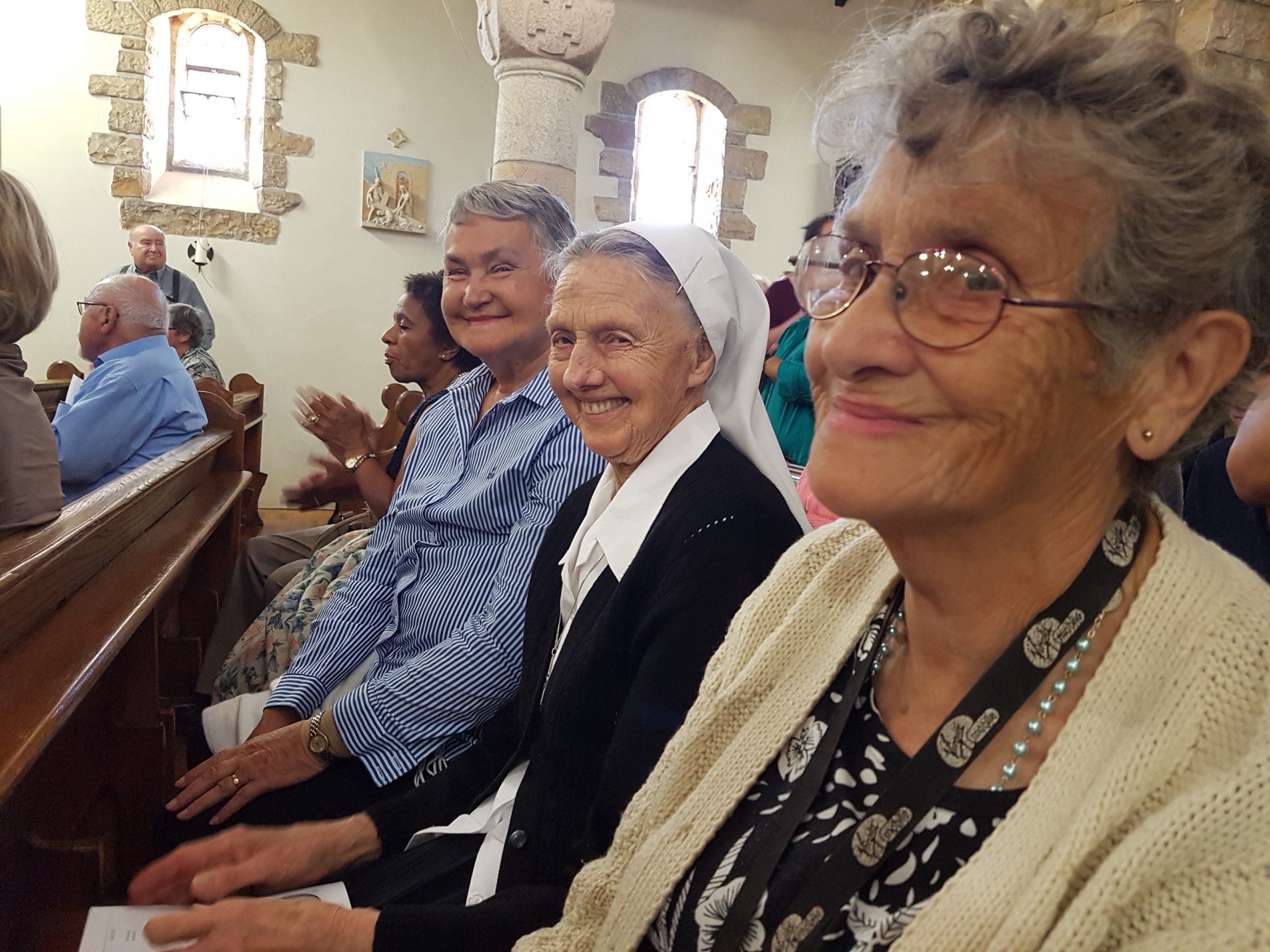 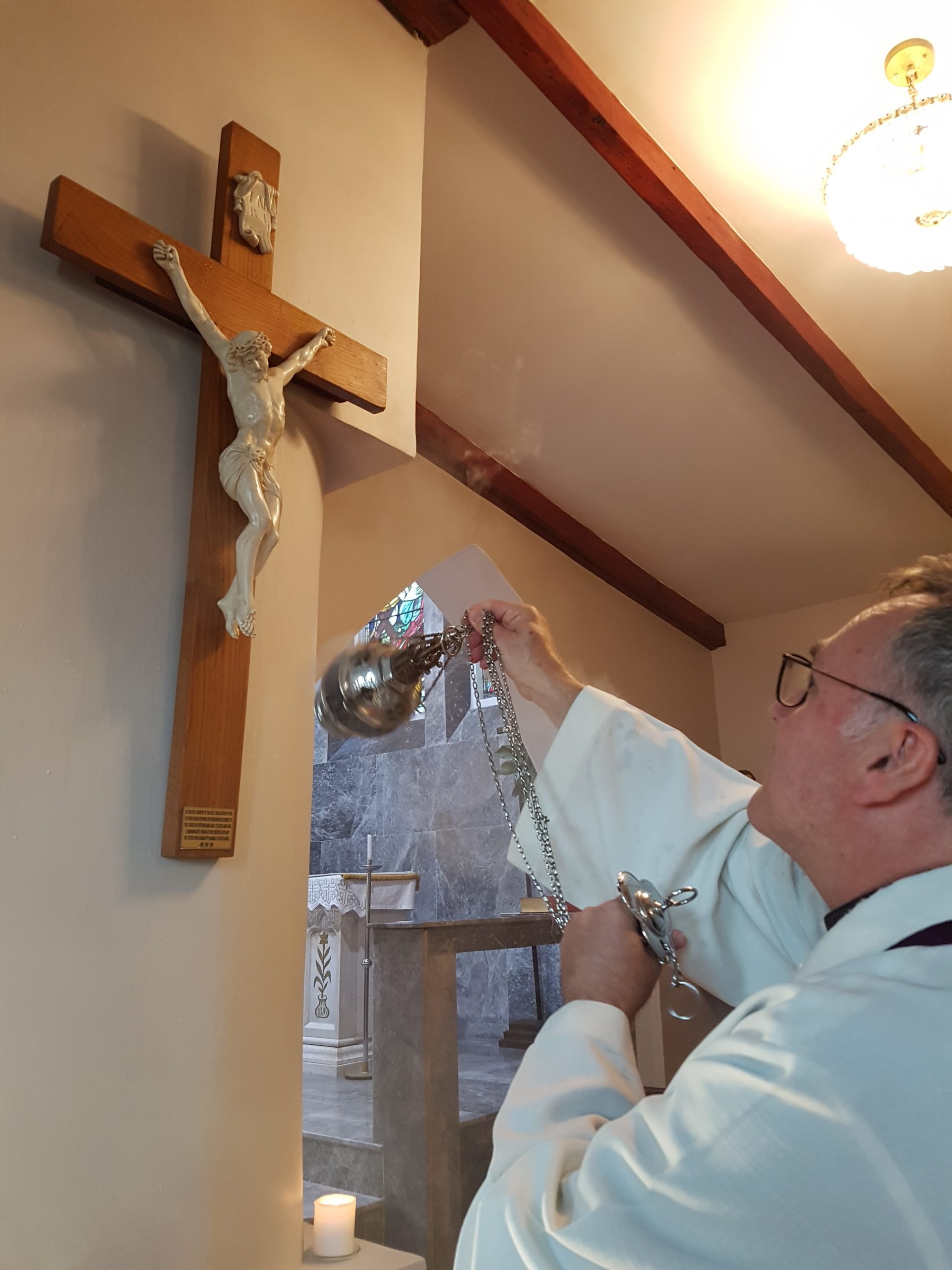 HISTORY OF THE HOLY CROSS SISTERS IN THE PARISH 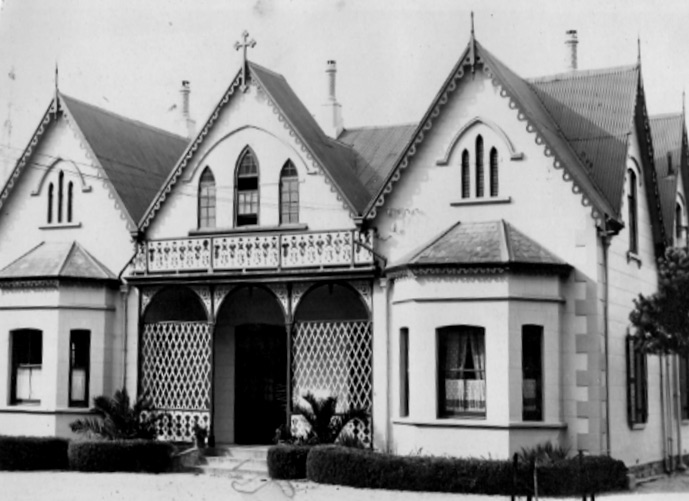 In 1916, a Holy Cross community was opened for Sister Students who attended the Cape Town Teachers-Training College. This was to prepare qualified teachers for the purpose of opening a school for the education of girls, following on the vision and being true to the heart’s desire of their Founders, Fr Theodosius Florentini and Mother Bernarda Heimgartner.

The Sisters initially opened a small community school for children in the Maitland area. By 1938 there was a need to build a boarding school with the influx of borders due to the war.

Although established for Education the Holy Cross Sisters of the Maitland community have always been involved in parish and other apostolic work. From 1957–1961, Sisters accompanied the chaplain weekly to Robben Island to instruct the children of Catholic naval personnel and to prepare them for the Sacraments. Among the Sisters was Sr Theodata Pubec. She often shared her experiences of going on the boat across to Robben Island on Saturday mornings to teach catechism. She served pastorally for many years and died at a grand old age of 102.

With the development of housing areas such as Factreton in the neighborhood, the Sisters assisted the priest in his pastoral ministry by visiting the people and teaching catechism to children. Among the sisters were Sr Celsa Collins, Sr Conleth Browne and Sr Eunan O Donohue, while Sr Kenneth Gannon ministered pastorally at Groote Schuur Hospital for many years. Pastoral work among the local people was always understood to be part and parcel of what Sisters would do. In later years, when St John’s Catholic Church was erected, the Sisters continued to serve the people.

The Sisters who lived in the Maitland, Holy Cross Community, although commissioned for Education and Health have always continued to work pastorally in the local St John’s parish and beyond. From 1994 to the present (2020) Sr Gisela Willenbrink has continued pastoral ministry at Groote Schuur Hospital and Robin Trust Frail Care for the Aged and serves at St John’s. Sr Gisela has worked for the past 26 years with St Vincent de Paul Society, she conducts local prayer groups, has prepared children for the Sacraments, and she has been greatly involved in other pastoral ministries in the parish. She is now 93 years old and is still as passionate about serving God’s people as ever.

On a personal note, as a Holy Cross Sister, who served in the Maitland community for three years, 2016–2019, it was a privilege and honour to be immersed among the people. To accompany parishioners on their faith journey and to witness to their spiritual growth remains an experience of Church close to my heart. I had the fortunate privilege of working alongside Fr Zane Godwin, who tirelessly works towards the Evangelization and ongoing faith formation of the local Maitland parishioners.

What a privilege it was to share in the life of the poor and homeless who were served by St John’s Kitchen in the parish, twice a week, under the guidance of the parish St Vincent de Paul Society. The Holy Cross Sisters presence, in any place where we are immersed, is to be a transforming presence. Thus, we are committed to serve, to form and be formed in the image and likeness of Christ.

It is my prayer that God continues to grow the local parish Church of Maitland  - Sr Bernadette Duffy, April 2020 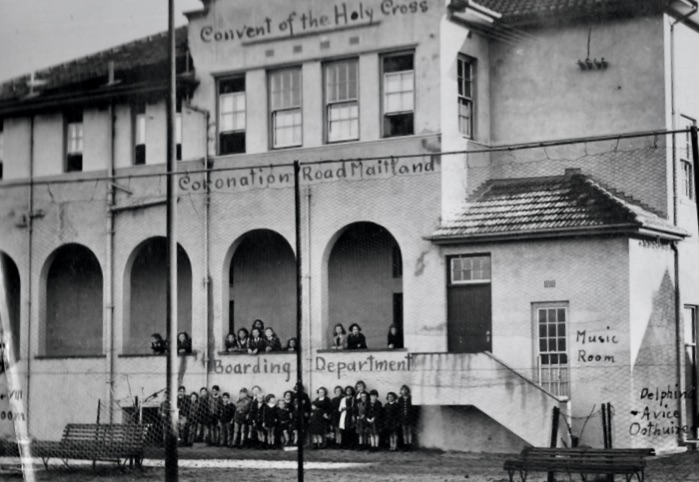